Move to Madison … And Back 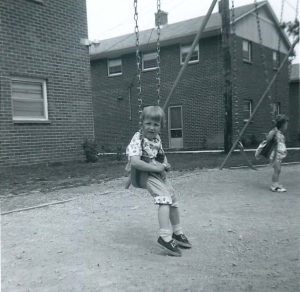 After a couple of years in Spooner, Jack received a scholarship from UW-Madison and leave-of-absence from Spooner High School to pursue his master’s degree in chemistry. Cindy was 3, Jean barely a year, and I was pregnant with Barb.

We moved into a large graduate student housing complex of brick apartment buildings and started over again. Barb was born at Madison General in March of that year. It was a good thing that I got Jean potty trained very early!

There were activities for the wives of grad students, so I got by. But I didn’t make any lasting friendships from that time. Jack spent long hours in the chemistry lab, while I was alone with our little kids. It was a lot of work—going to the laundromat and keeping everything organized. Plus, I missed my friends and family.

The kids all got Chicken Pox toward the end of the school year. Cindy and Barb had mild cases. But Jean got it bad. While Jack slogged through his final exams, we did our best to comfort them. It was hard to watch them suffer through this common childhood illness. They all came through with some minor scars. Thank god, we could get them a Small Pox vaccine—which was much more scary.

In June, I was thrilled to move back to Spooner. The Stewarts and all our friends enthusiastically welcomed our return. It was a relief to end this nomadic period of our life. We had lived in three different apartments in Spooner before moving to Madison (all of them close to the Stewarts). Upon our return, we bought a house—next door to Stewarts!

Cindy and Billy retreated to their exclusive “gruffer” club, occasionally admitting another friend or two into their make-believe world. Babe let the gruffers entertain themselves because they weren’t underfoot. At first, I scolded Cindy to be more friendly with other kids, but soon adopted Babe’s attitude. After all, I had my hands full caring for Jean and Barb.

I thought that—finally—we were settled in Spooner. But a year later, Jack was offered a faculty position as Assistant Professor of Chemistry at UW-La Crosse. I would have liked to stay in Spooner for the rest of my life. I had so many friends and could get around town easily. Plus, I was tired of moving and pulling up roots. But this was such a prestigious position for Jack—neither of us had ever imagined that he would become a college professor! So, one more time, I picked up my life and followed Jack. We moved to La Crosse in 1959, where I have lived ever since.

Looking back, I find it hard to imagine why I was reluctant to move to La Crosse. 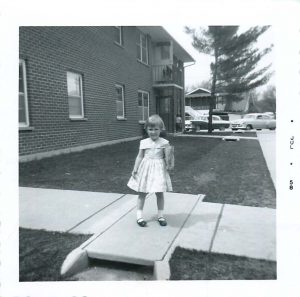 Cindy ready for a birthday party 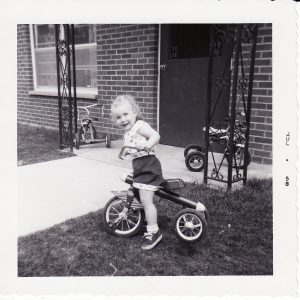 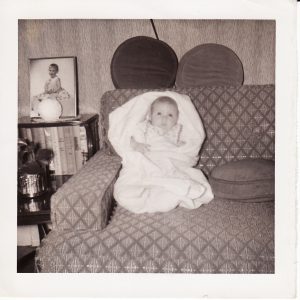 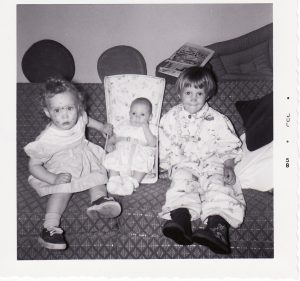