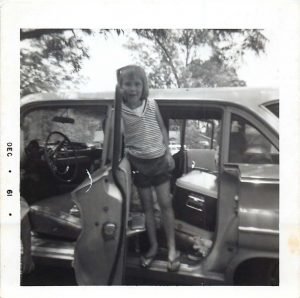 We have lots of memories from our family road trips to these far-flung destinations—not all of them are good! Cindy suffered from car sickness, which involved frequent stops for her to throw up. We’d let her lie down in the middle seat of the car to settle her stomach, and stuffed Jean and Barb in the “way back” of the station wagon. They sometimes complained about their cramped conditions, but mostly occupied themselves with cackling, giggling, and an occasional screech. Their silly commotion annoyed us to no end.

On our initial drive down from Wisconsin to Atlanta, we had decided to camp for a few days in the Great Smoky Mountains National Park. A friendly park ranger checked us in with Southern hospitality, then he turned to greet Jean and Barb who were in the way back. In the midst of giggling and making up nonsense words, they responded to him with an accidental swear word. Jack and I were mortified! We looked at each other speechless, then Jack hit the gas pedal. We hope that nice man didn’t think we’d taught our kids to talk like that! 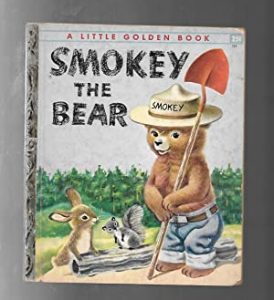 After that shaky start, our visit to the park was delightful. We set up camp, then toured the visitor center which described the park’s history in vivid detail. The girls were mesmerized with the “Smoky the Bear” stories about a devastating forest fire. They begged us to buy them a “Smokey the Bear” book, which we had for many years.

We also toured the Forbidden Caverns. I’ll never forget the magnificent, eerie stalactites and stalagmites. The cool damp air was a refreshing contrast to the hot air above ground. On our last night of camping, we were caught in a downpour. Everything got soaked!